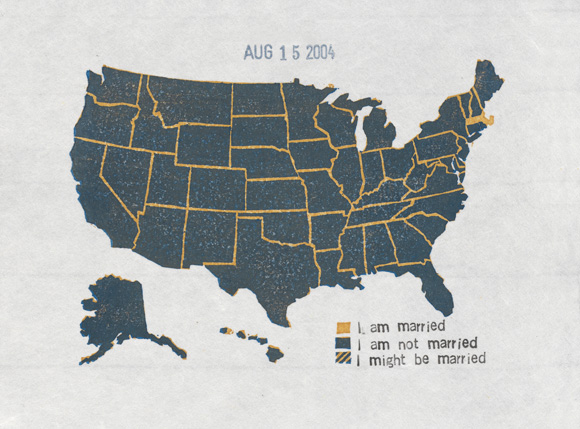 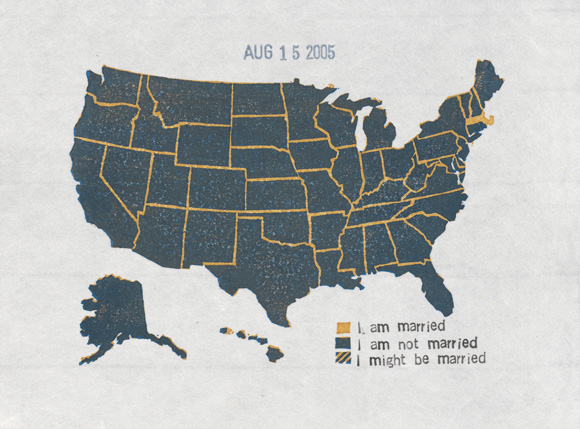 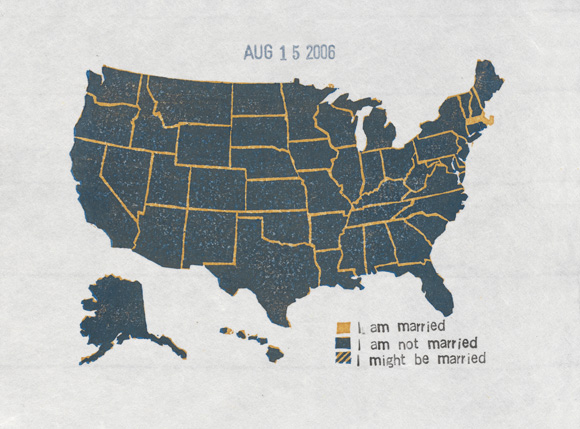 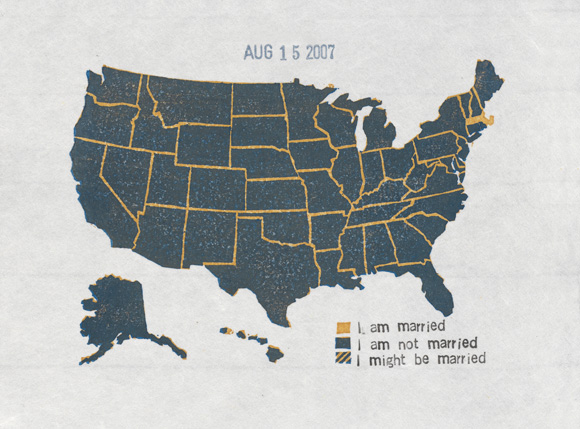 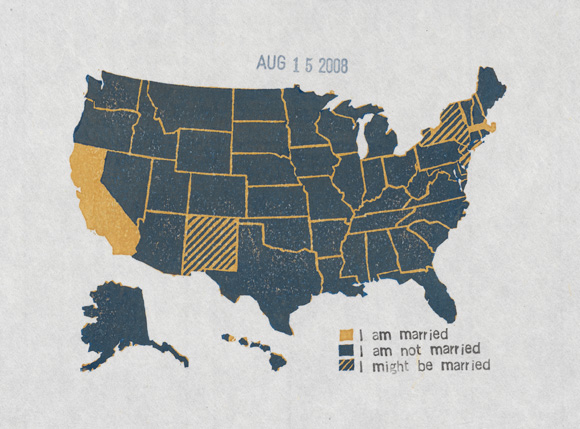 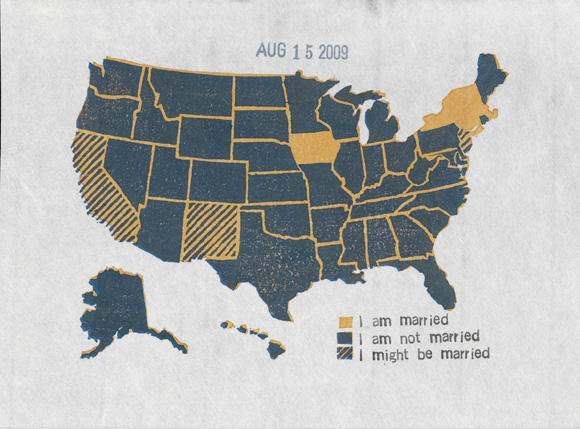 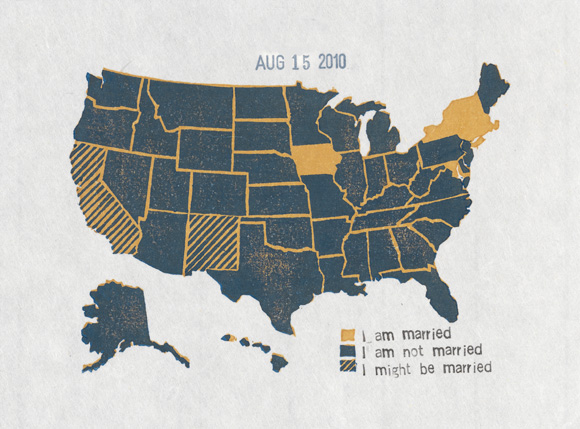 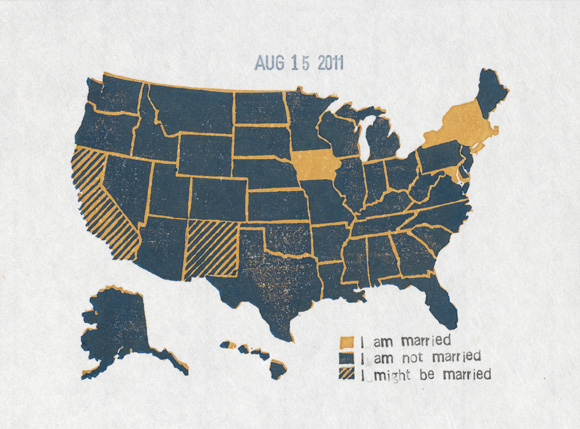 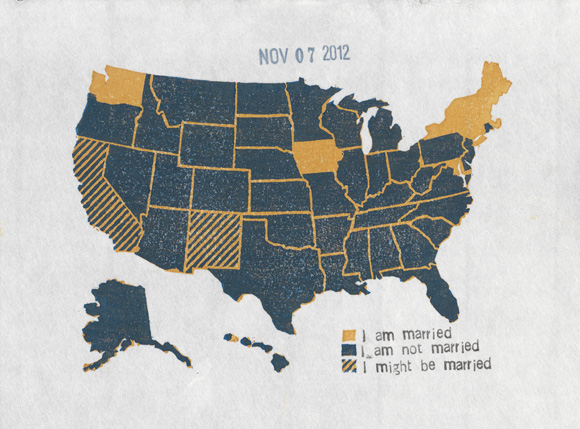 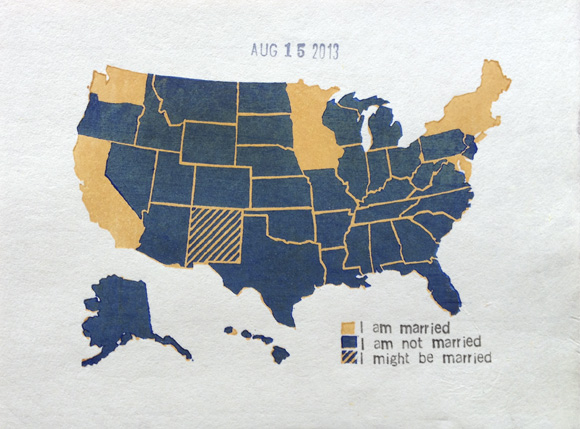 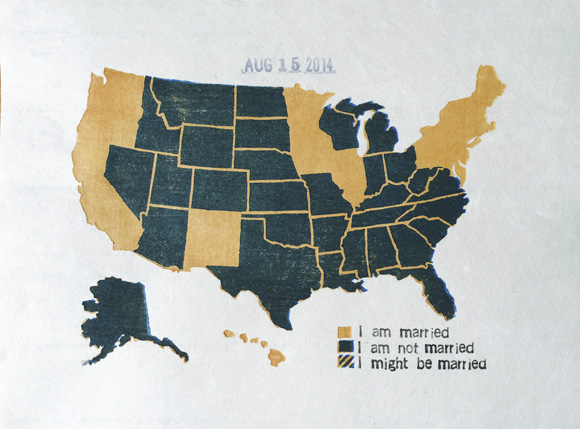 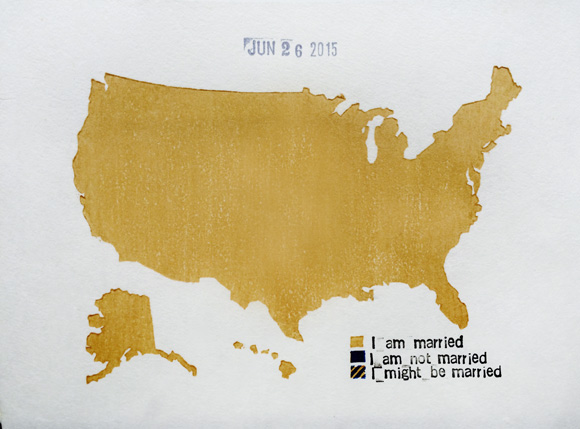 On August 15, 2004, I got married in the state of Massachusetts to my partner of 13 years. It was an odd legal situation, so odd that our lawyer suggested that we carry our marriage license with us in our wallets whenever we left the state. For four years we were married only in Massachusetts. Then in 2008, things began to change and I started this series of woodblock prints. I thought that it would be a simple reduction print, where states would one by one be carved away until none were left. It turned out to be a little more complicated than that, as various states wrangled over whether or not to accept out of state marriages, or states like California repealed their gay marriage laws. I ended up doing a lot more re-carving than I expected. And then on Friday, suddenly, it was finished.
Posted by Annie B at 10:54 AM

Fascinating progress - great series. I find it so interesting when we live through history. In not so many years the textbooks compress what has been such a large part of folks' lives for what seems so long into a short sentence implying that things change in the blink of an eye.

This is really really interesting, and I can't say why, but I cried when I saw the last one. What a strange bizarre world we live in!

Good observation, Olga. It does seem to happen in the blink of an eye (and also seems inevitable) in the history books. Not so much in real life.

Thanks for your tears, Coreopsis. I look forward to looking at your web site.

When I first heard the news Annie the first thing I thought of was your map and knew that you could finally complete the piece. Bravo!!!

Congratulations on the legitimisation of you marriage! It really does point out how ridiculous and arbitrary the whole thing is. A great series.

Congratulations. Looking at this series in its entirety now is so moving.