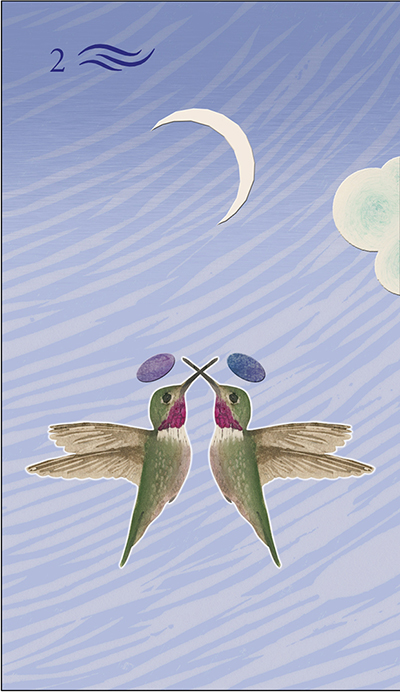 The twos in the tarot are a kind of mirror. Twos take the fresh pure singular energy of the aces and begin to test it. Twos generally refer to a choice being made, comparing and weighing possibilities and pros and cons. From the individuality of the aces, the twos represent the necessity of taking the needs of others into account. The twos can be harmonious and balanced or more contentious, but things are coming to a decision point. Sometimes the choice is clear, but often the harmony and balance of the opposing forces can cause a kind of paralysis, making it difficult to move forward.

The Two of Air takes the tender new inspiration of the Ace and begins to clarify and sharpen the idea or belief, to test its validity. It is still mostly an interior process, and quite possibly represents a decision or choice that you don't want to make, since an untested idea can remain more perfect in its early or unconscious state. A choice must eventually be made, however, and if you don't make it yourself, life will make it for you.

Like the Ace in the previous post, this card is created from scanned and digitally assembled woodblock monoprints—a wind map in the background and a hummingbird created white-line style with some reduction carving. 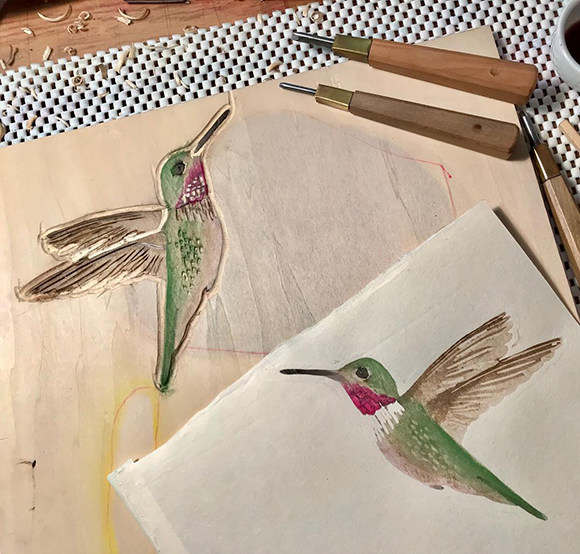