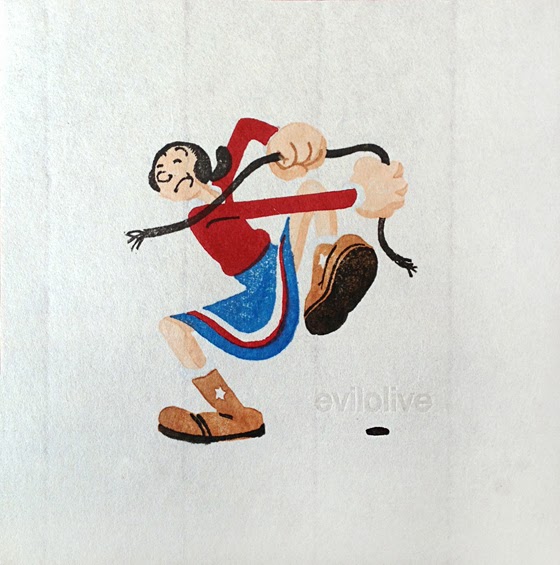 I'm not the only one who's gotten wise to them. Glenn Greenwald wrote about the evilolive program in one of his post-Snowden revelation articles for the Guardian. Here's a excerpt:


The NSA … intended the program, codenamed EvilOlive, for "broadening the scope" of what it is able to collect. It relied, legally, on "FAA Authority," a reference to the 2008 Fisa Amendments Act that relaxed surveillance restrictions.

This new system, SSO [Special Source Operations] stated in December, enables vastly increased collection by the NSA of internet traffic. "The 1EF solution is allowing more than 75% of the traffic to pass through the filter," the SSO December document reads. "This milestone not only opened the aperture of the access but allowed the possibility for more traffic to be identified, selected and forwarded to NSA repositories."

It continued: "After the EvilOlive deployment, traffic has literally doubled." [emphasis mine]

For me, the NSA's palindrome brought to mind Popeye's girlfriend Olive Oyl. Google images delivered up a delicious picture of Olive Oyl stomping around like a big amazon bully, so I dressed her in red white and blue and put a cable in her hands. 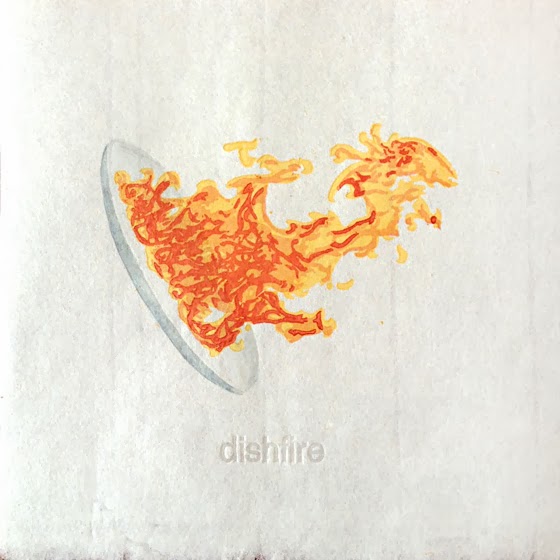 D is for ‘dishfire.’ Dishfire is an NSA database. One of my sources says it's a database for text messages, but I can't be sure. I decided to simply draw it the way it sounds. In my first sketch I had the dish horizontal, as if sitting on a table. It looked like a chef had just delivered crêpe suzette flambé, but tilting the whole thing gave it the suggestion of a satellite dish, which seemed appropriate enough.
Posted by Annie B at 10:12 AM 2 comments:

This video is silly, but it speaks to something that I'm grappling with as I work on this “Codewords of the NSA Primer,” which is tone. I find myself vacillating between wanting to villify the NSA and alternately wanting to lampoon it. I think there are good reasons to do both.

Whatever you think about Edward Snowden and his motives, he has revealed to us a huge complex that involves the government, private intelligence contractors, digital firms and Wall Street. These revelations should shock us all, yet our shock is muted. Is that because we're already burdened with more than we can handle -- wars based on lies, powerlessness in the face of Wall Street's trickery, a political system that seems broken -- or is it that we really don't care?

So, the tone thing. As I develop these images, I find myself leaning more toward lampooning and ridiculing the agency than portraying it as evil. This isn't because I don't think it's evil for our own government to spy on us. I do. But consider if you will what a half-assed job they've been doing in their spying: the NSA estimates that Edward Snowden has as many as 1.5 million documents, yet nobody was on to him. The Washington Post reports that there are over 854,000 private employees with security clearances like Snowden's. I doubt that the NSA has firm control over any of them, so I think of the agency as inept. But maybe that makes them even more dangerous.

I think we care about this. I think we care deeply. But in addition to being burned out, I think it's also possible that we don't quite believe it yet. I read a news story today about a Scottish sci-fi author who had to scrap his latest book because he accidentally wrote about things that the NSA is actually doing. If this were a movie, we might laugh because of how far-fetched it is. But it's no movie.

The code words, at any rate, are pretty ridiculous in their own right, so I'll continue to let the words themselves be my muse and my guide.

Next up: dishfire. You can see that one already, right?
Posted by Annie B at 11:53 AM 5 comments: 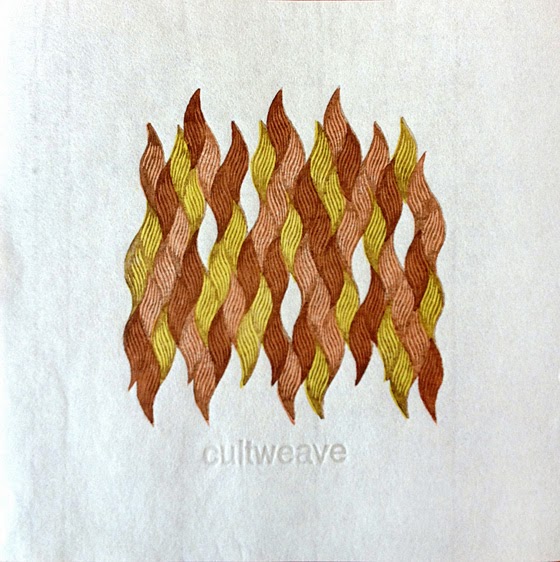 I decided to try for an image that would suggest various networks interacting and converging. I looked at different kinds of weaving images, and felt that strange sense of rightness when I came upon an old-school envelope security pattern called 'basket weave.' I deconstructed it a bit to come up with this design.

Wouldn't it be great if the word "security" simply meant that nobody could look through your envelope to see what's inside?
Posted by Annie B at 9:19 AM No comments:

Artist Trevor Paglen takes photographs of secret military bases, spy satellites, and other classified and black sites in a systematic, patient and entirely legal way. His aim is not to confront these powers and get arrested. Rather, his aim as an artist is "to learn how to see it for myself and then try to show others how to see these things." Beautiful images.
Posted by Annie B at 10:20 AM No comments:

Why Care About the NSA?

Email ThisBlogThis!Share to TwitterShare to FacebookShare to Pinterest
Labels: nsa 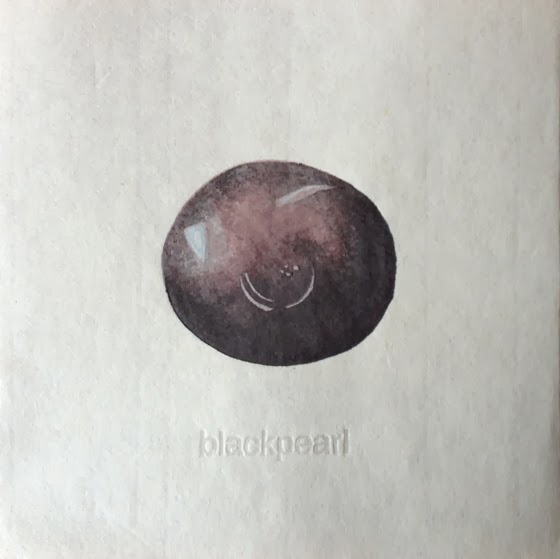 In my NSA primer, B is for ‘blackpearl.’ My references say that blackpearl is an “NSA tool or database.” Pretty vague, but the idea of a round black object made me think of those black dome-like covers for security cameras. Like this: 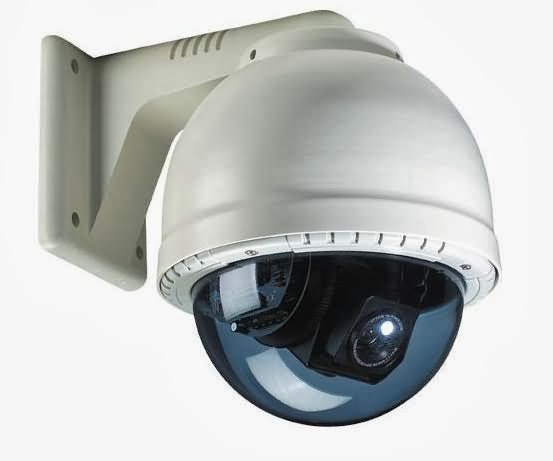 So I snuck a security camera into the pearl image.

The emboss was harder to do on this one than it was for the 'accordian' piece. Not sure if it's because the paper was not quite as wet when I did this emboss or if it's because this particular sheet of washi seemed a little bit thicker than the previous one. That will be an interesting question to track as I do more in this series.
Posted by Annie B at 9:32 AM 1 comment: