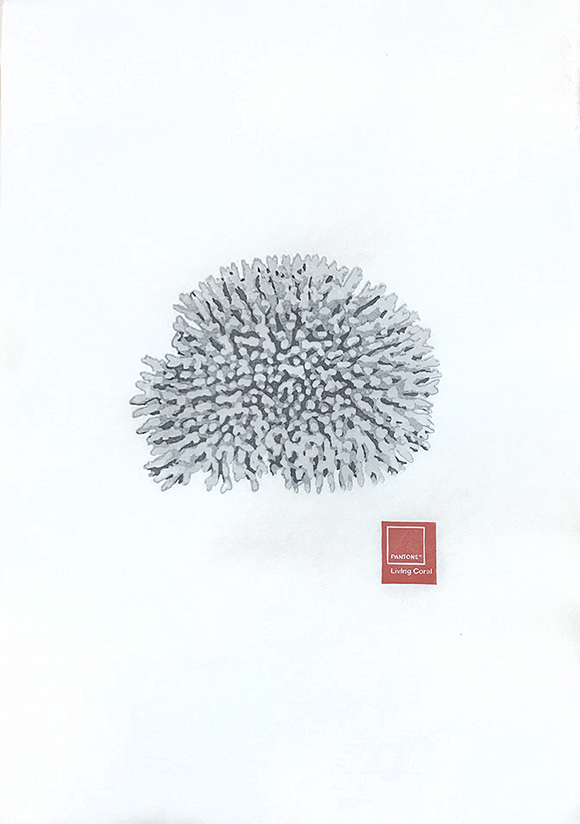 I could barely believe my good fortune when, just as I began researching images of coral for my next print, Pantone Inc. announced their new color for 2019: "Living Coral." The Pantone web site describes Living Coral as "sociable and spirited," encouraging "lighthearted activity, symbolizing our innate need for optimism and joyful pursuits" and a "source of emotional nourishment." Oy. Maybe it's just me, but the name Living Coral instantly conjures up the opposite in my mind—dead and bleached coral. In the Great Barrier Reef alone, one 2016 bleaching event killed almost 30 percent of shallow-water corals such as the brush coral I've depicted here. How could Pantone think that invoking the living variety of a thing that could be entirely dead within this century due to our own greed and stubbornness would be a good thing? Well, anyway, I obviously had to add a little Pantone chip to my picture of a sample of (dead) brush coral.

This all is sad, and it makes me sad at a personal level, too, because most of my adult money-earning career has been in graphic design, so I've been in a relationship with Pantone Inc. for many years. My career has also ridden the waves of several boom and bust cycles. In the late 90s and early 00s I was drawing diagrams for tech startups, then just as the tech bubble burst I started making infographics for the financial industry and when the bottom fell out of that one in 2008 I began making maps for high-end tour companies, which visit many fragile and threatened places across this beautiful planet. So as much as I want to make fun of Pantone for being out of touch, I know that I can't stand outside of their milieu. None of us can, really. We're all complicit in the lifestyle that now threatens our very existence.

May this new year, 2019, bring out the best in us. May our relationships to each other, to all the beings we share this world with, and to the planet itself come into some kind of balance and alignment. Happy new year. 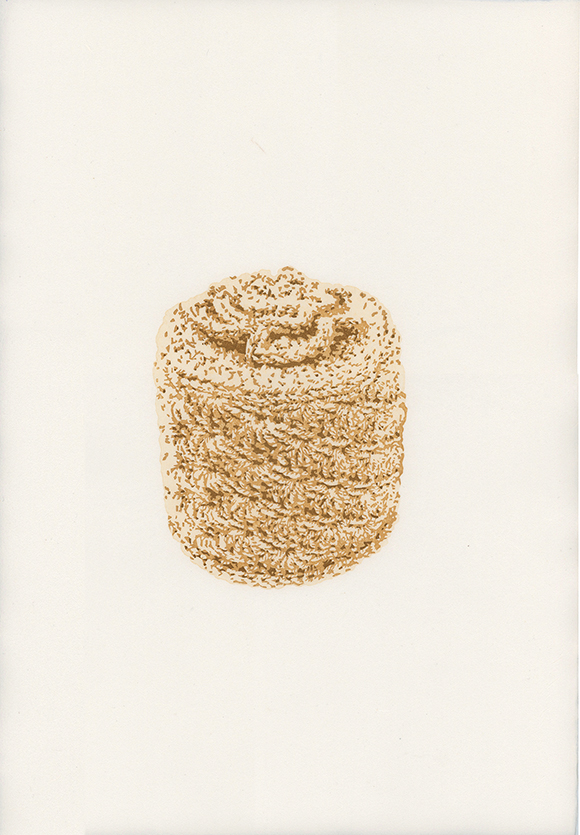 Not that they actually hide anything (we all know what's under there) but toilet paper covers are a kitschy quirky way to cover up a spare toilet roll and also a fun project for people who crochet. They can be made to resemble animals or can have doll parts attached or… well, whatever you can imagine. I'm not sure the real purpose of toilet paper covers — maybe to keep dust from getting on the extra roll of paper?


I made a woodblock print of a beige crocheted toilet paper cover to conjure up all of the myriad issues around human waste, toilets, and water use. A study conducted in 2016 found that household water use via toilets has fallen from 18.5 gallons per person per day in 1999 to 14.2 gallons in 2016 but, that improvement notwithstanding, treatment of waste water remains challenging. Although I've known that flushing wipes or tampons will clog sewer systems, I learned while working on this print that even flushing kleenex challenges water treatment systems because kleenex is treated with a chemical binder to prevent it from breaking down easily (article here). I was also taken aback to learn that low levels of organic wastewater compounds, including prescription and nonprescription drugs and hormones, have been found in streams across the US and that some pharmaceuticals persist in drinking-water despite water treatment processes. Yikes, does this mean that I'm drinking your antidepressants? Also, apparently human beings now poop plastic.

At any rate, my mokuhanga toilet paper cover is not very kitschy. I wanted to challenge myself to represent realistic stitching, so this print relies on what I call "virtuoso carving" in order to achieve that goal. I have a love/hate relationship with virtuoso carving. I like it when it's finished, but the doing of it is pretty strenuous and it hurts my back and neck. It's worth the pain, though. Pictures below show the two blocks that define the two color levels needed to define the stitches as well as the intermediate stage of printing.

With two prints now completed (this one and "Fiji Water 1.5") I now have a direction for these water prints: realistic objects that succinctly represent the environmental issues humans face regarding water. 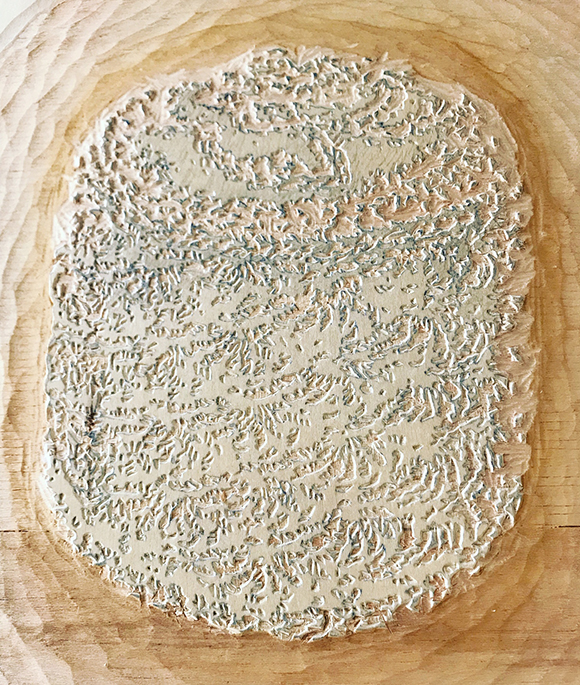 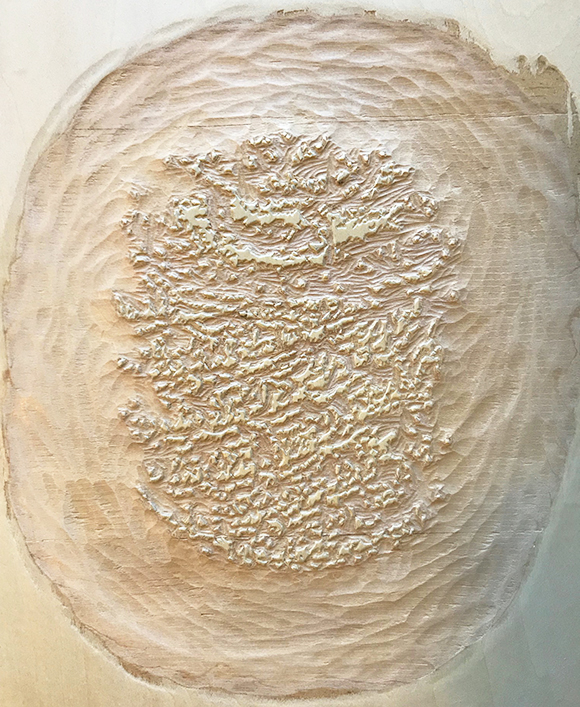 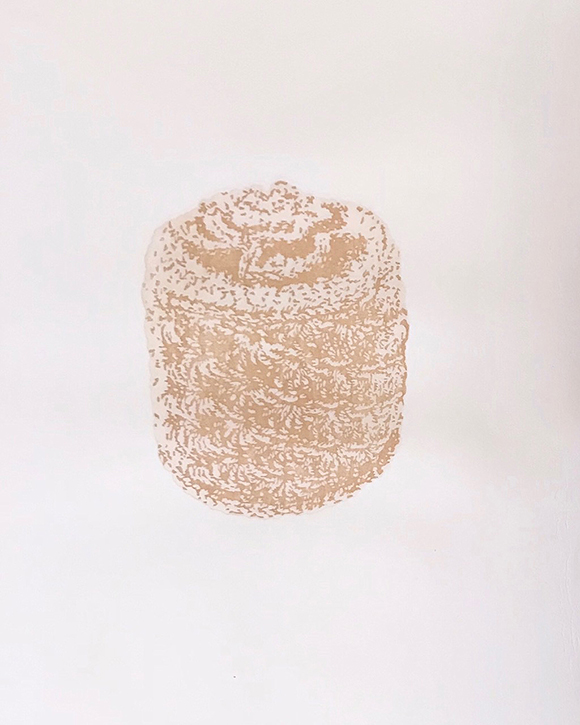