Opening March 29 at the Freer/Sackler in Washington DC, an exhibit of woodblock prints by Kobayashi Kiyochika titled Kiyochika: Master of the Night. Using age-old Japanese woodblock techniques, Kiyochika mimicked the look and feel of Western photographs and engravings to express the huge social and technological changes taking place in Tokyo at the end of the 19th century. Looks like a great show, and timed just right for cherry blossom season.
Posted by Annie B at 4:38 PM 3 comments: 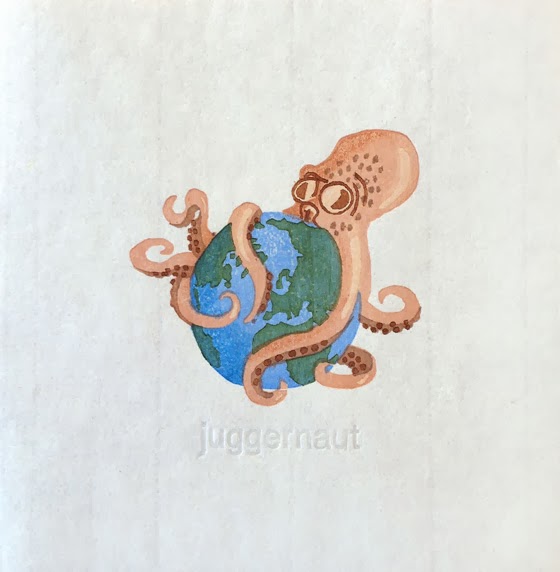 J is for juggernaut. The NSA's JUGGERNAUT program "picks up all signals from mobile networks."

The English word juggernaut is derived from the Sanskrit word Jagannātha, which is an alternate name for the Hindu god Krishna that means "world lord." Pretty strong stuff. In our time, the word juggernaut has come to mean a literal or metaphorical force which is mercilessly destructive and unstoppable. The NSA's name choices are quite revealing in terms of how these agencies see themselves: "unstoppable world lord" is pretty unambiguous. 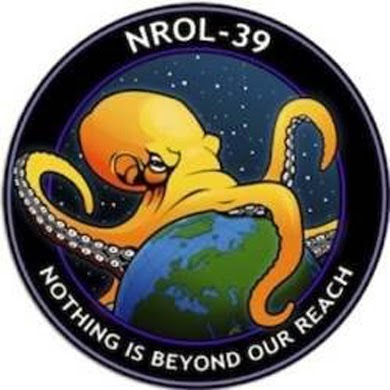 Lest you think I'm overstating my case regarding the opinion the NSA has of itself, please view exhibit A to the left. This is a logo that was placed on a recent spy satellite, the NROL-39 mission, that was sent into orbit by the NRO (National Reconnaissance Office). Please note that this logo has not been altered by the artist -- the words "nothing is beyond our reach" are indeed a part of the seal. Clearly the agency isn't worried about public perceptions of overreach. 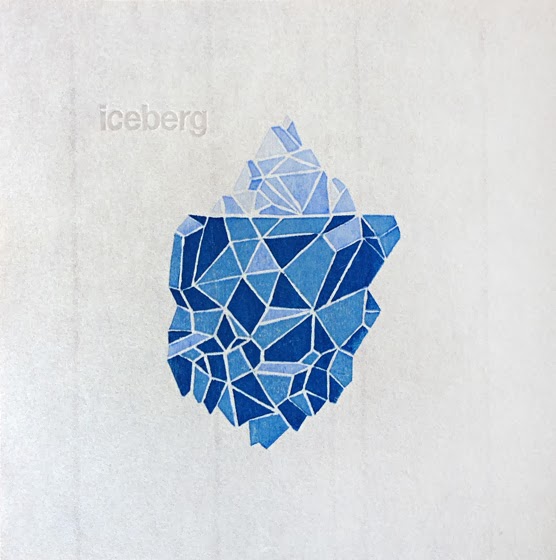 I is for iceberg, which is "a major NSA backbone project," according to my list of 100 NSA secret code names. Not a lot to go on there, but it's probably something to do with the NSA grabbing data as it passes through the fiber optic cables that make up what is called the internet's backbone. Most of those cables lie deep in the oceans, and they carry phone and internet traffic from every country in the world, including the U.S.

It's funny, if you Google "NSA iceberg," there's nothing about the NSA Iceberg program, but you do get pages and pages of articles with headlines that say something like "NSA revelations the tip of the iceberg."

And in the news just this month, new documents leaked by Edward Snowden reveal that the NSA spied on other governments at the Copenhagen climate summit in 2009, giving U.S. negotiators advance information about other governments' positions. World leaders at that summit failed to agree to a strong deal on climate change.

This is the second time I've printed an icberg. The first one, titled "Known and Unknown," can be seen here. This new iceberg is basically the same shape as the old one, but more stylized with crystalline shapes. If you watch popular culture design/illustration at all, you may have noticed that these crystalline shapes are quit popular right now. That happens sometimes, where everybody just starts drawing something seemingly all at the same time. I first noticed this in the late 1990s when everywhere you looked people were drawing deer. Then there was a squid and octopus fad, and a couple of years ago I started seeing a whole lot of chandeliers. I don't know why that happens. Anyway, crystalline shapes are pretty common right now, so I'm joining the bandwagon. I think I'll be hopping the octopus bandwagon too, albeit late, on the next NSA print.
Posted by Annie B at 1:38 PM 7 comments: