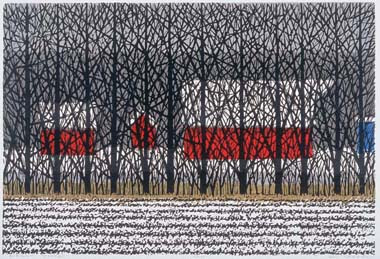 Progress is slow in putting together my new moku hanga room. I'm quite anxious to start woodblocking again, but for now I also have to do my computer illustration work in that same room until I get the electrician here to move some cables. So as I wait I'm entertaining myself by looking at prints instead of making them. 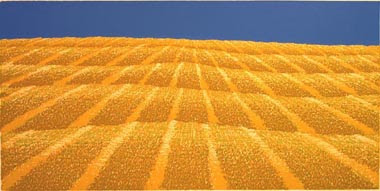 A recent mention in the Baren Forum led me to the woodcuts of Minnesota artist Charles Beck. I find the geometry in his colorful prints to be very striking. His work is mostly abstracted landscapes with very rhythmic and symmetrical compositions, simple shapes but a lot of detail in his carved textures. I haven't read any descriptions of his technique, but I'd guess that he's doing reductive woodblock with oil-based inks. 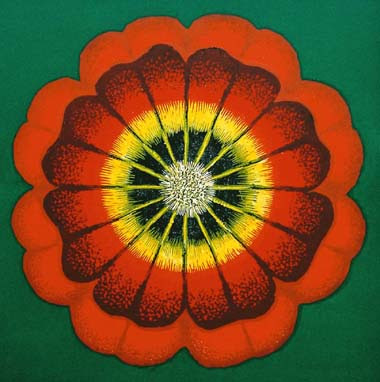 Added 11/8/09: Beck's work is being handled by Kaddatz Galleries in Minnesota.

Email ThisBlogThis!Share to TwitterShare to FacebookShare to Pinterest
Labels: other artists 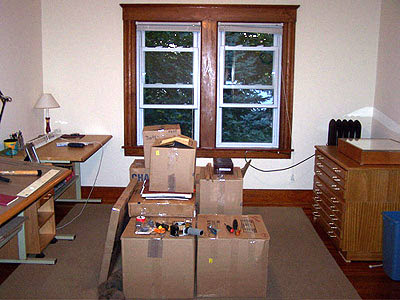 Today the cable man came and spent two hours with me. We got the internet connection going after about 1 hour, but couldn't get the cable TV up. Oh well, I'm so so happy to have my own internet again after 4 weeks of stealing other people's wireless signals. Now I have my own wireless in my own home. It came none too soon, as I have to get back to work on Monday.

This is my new moku hanga studio. My new house has so many rooms that I get to use this space for moku hanga only; my illustration/computer office is in a separate room. I'll be able to make some nice big prints in here.

It's nice to be back online. Thanks everyone for visiting my blog while I was a nomad. :)
Posted by Annie B at 7:56 PM 12 comments:

Email ThisBlogThis!Share to TwitterShare to FacebookShare to Pinterest
Labels: workspace 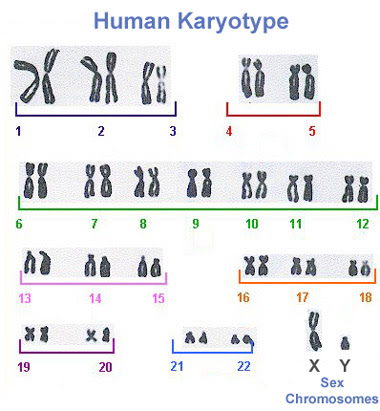 I've been wondering about gender for a long time. Back in the 1970s, when I was in my teens, I remember watching a television documentary with my family about "The Sexual Revolution" and there was a quiz to see where you would fall on a male/female continuum. We all got out our paper and pens and I distinctly remember the strange feeling I had when we looked at our scores and I discovered that I landed smack in the middle of the spectrum, a perfect androgyne.

I have no science to back this up, but I believe that a lot of one's gender identity is biologically based. In addition to being psychologically androgynous, I'm also gay, and my mother's theory is that it's partly due to the fact that she took a synthetic estrogen-like drug called DES (diethylstilbestrol) which was hyped in the 1950s by obstetricians for prevention of miscarriage. I have all of the "normal abnormalities" associated with in-utero DES exposure. DES is now defined as an endocrine disrupting chemical, so my mother's theory that DES made me gay (or androgynous!) may hold some truth. Who knows what else DES may have caused; I keep my fingers crossed that there will not be any other repercussions as I age. 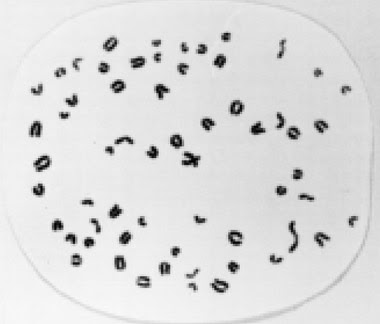 This print I'm working on explores gender identity. I was struck by the photo above, a view of the human karyotype. Those little chromosomes look like snakes and snails and puppy-dogs' tails!
Posted by Annie B at 8:34 PM 12 comments:

Email ThisBlogThis!Share to TwitterShare to FacebookShare to Pinterest
Labels: "All In Your Head", transgender, work in progress 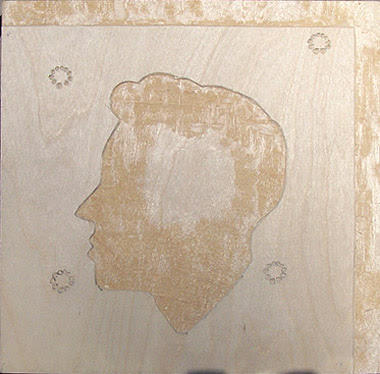 The 12" x 12" birch plywood blocks I bought at the craft store are doing OK, but they're not the shina plywood that I get from McClain's. What I'm experiencing with the birch is that the grain has a lot more personality than the shina, not a bad thing in itself but the grain grabs the knife as I cut. The knife wants to follow the grain, so cross-grain cuts are hard to control. Fortunately, this design doesn't have all that much detail so I think it will work out fine.

It feels great to be cutting blocks again!
Posted by Annie B at 2:30 PM 8 comments:

Email ThisBlogThis!Share to TwitterShare to FacebookShare to Pinterest
Labels: "All In Your Head", woodblock print, woodblock techniques, work in progress

What Are Little Boys Made Of? 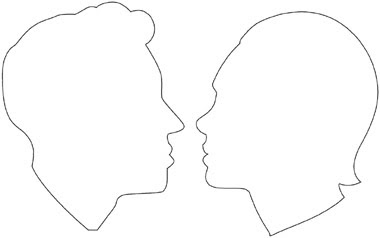 Doing some sketches today for a new print. Looks like it will be another in the "All In Your Head" series. It's interesting and kind of fun to work in someone else's house, without my usual tools. I'm color-separating drawings onto blocks with a ballpoint pen and some carbon paper on the kitchen table.
Posted by Annie B at 1:04 PM No comments: 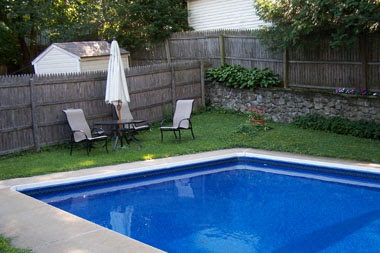 The friends who offered us their home for the past two weeks returned from Europe tonight, so Lynn and I are moving on to a new house-sitting gig, this time staying for two weeks at the home of some friends who are vacationing on Cape Cod. I just finished a couple of big illustration projects, so I plan to spend a lot of my time this week in the back yard by this pool. I got my moku hanga supplies out of storage a couple of days ago and bought a couple of cheap birch plywood blocks at a craft store, so I'm ready for some woodblock!
Posted by Annie B at 9:03 PM 8 comments: 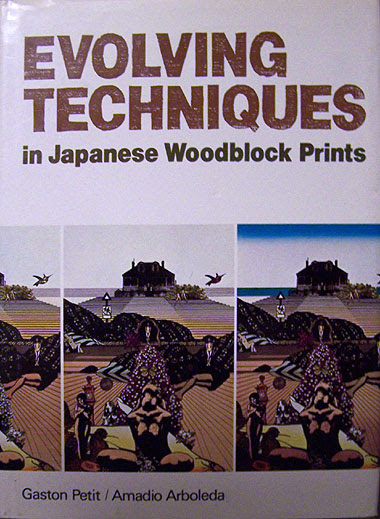 Just before I left my house ("moved" isn't quite the right word!), I bought this 1977 book that documents popular new techniques in Japanese woodblock printmaking from that era. It covers all sorts of methods, including collagraphy, various types of ink and methods of inking, and the reduction method. I just started reading it, but one of my favorite things so far is the startling revelation from the first two artists profiled that they don't use the Japanese toh (carving knife) for their precision cuts. Instead, they use a snap-off utility blade so they don't have to sharpen the knife. These are artists after my own heart.
Posted by Annie B at 8:55 AM 2 comments: