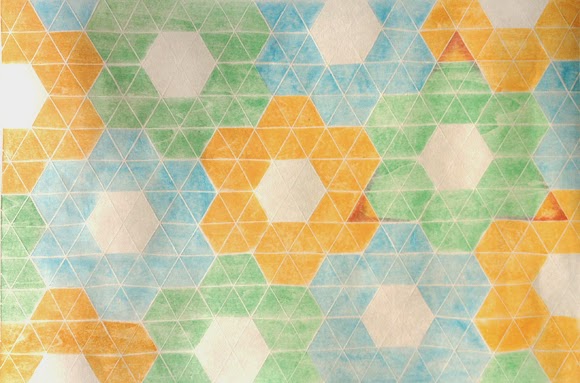 Daughters of Bilitis (also called DOB) was the first lesbian social and political organization in the United States. Founded in 1955 in San Francisco by lesbian couple Del Martin and Phyllis Lyon (who were also the first couple to get married in San Francisco once same sex marriage became legal), the DOB began as a social club meant to be an alternative to lesbian bars, which were subject to frequent police raids. This may be hard to imagine today, but in 1955 it was illegal to dance with someone of the same gender in a public place.  The original eight members wanted to dance, but they also often discussed the self-hatred many lesbians suffered as a result of internalizing the society's attitudes and their desire to bring social change by providing support and education to lesbians. Within a year, the group had started a newsletter, The Ladder, which was the first nationally distributed lesbian publication in the U.S., and by 1959 there were DOB chapters in New York, Los Angeles, and Chicago.

The Daughters of Bilitis was an assimilationist organization, advocating for women to "adopt a mode of behavior and dress acceptable to society" and urging women not to engage in butch/femme behavior. This may have been appropriate in 1955, a time characterized by police harassment and witch hunts against homosexuals and communists, but by the 1960s there were many lesbians and gays who felt that conformity was not working as a tactic and they began agitating for political activism and visibility. By 1970 the DOB had fallen apart and in 1972 The Ladder folded for lack of funds.

The print I've made to honor the Daughters of Bilitis mimics a traditional quilt pattern called the 'fairy ring.' I lightly blushed three small triangles on the right to suggest a larger triangle that easily disappears and assimilates back into the overall pattern.
Posted by Annie B at 4:01 PM 3 comments:

Email ThisBlogThis!Share to TwitterShare to FacebookShare to Pinterest
Labels: gay history, God Is Our Witness

Back to 'God Is Our Witness'

Last year I started a series called God Is Our Witness (working title), which I envision as a four-part series of prints dealing with some of the history of the gay liberation movement in the last half of the 20th century. After finishing the first group of prints back in November, 2013, I took a break from the series. This was partly because I turned my attention in a different direction, towards Secret Codewords of the NSA which I finished in June. But it was also because I unnerved myself a little with the first Chapter of 'God Is Our Witness' (I'm calling each section a chapter). Titled "The Curse," Chapter One is a group of prints about exile and isolation. Emotional isolation was an experience I lived in for many years, now thankfully in my past, and it's been a large part of life for many LGBTQ people until very recent generations. Digging into it was painful, yet it felt like a necessary part of telling the story.

So after this long pause, I'm moving into the second Chapter, called "Counterspells," which I expect will be a celebration of some of the groups and organizations that helped move GLBT rights forward in the U.S. from the middle of the 20th century to the present day. The Chapter Opener is a somber beginning to this celebration, however. 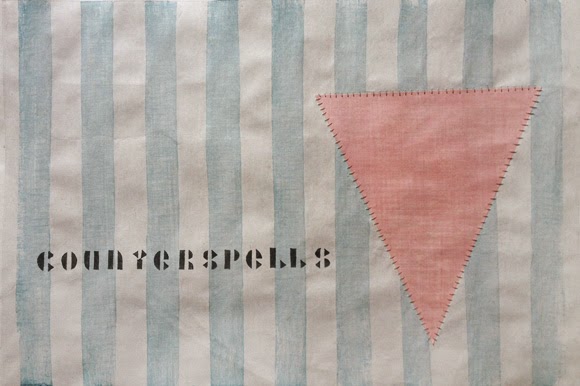 In World War II Nazi concentration camps, a downward-pointing pink triangle was sewn on the uniforms of imprisoned gay men and other sexual offenders to identify them to the guards as well as to other prisoners. Sometime in the mid- to late-1970s, the gay community claimed the pink triangle as an international symbol of gay pride and it is still used today (although not as often as the rainbow flag). I used the faux pink fabric that I made a couple of weeks ago to make these triangles, which I sewed onto paper printed with stripes.

As I currently envision this chapter, it will consist of prints based on the shape of the triangle.
Posted by Annie B at 12:25 PM 3 comments: