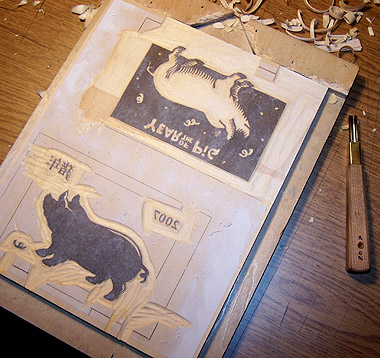 For the past 5 years or so I've been making New Year's cards for my clients and friends instead of Christmas cards. This week I worked up a design for 2007, Year of the Pig, and today I started carving it. I plan to print somewhere between 125-150 of them, so I wanted the design to be simple. I'm hoping to get a 4-color effect with just two colors, taking advantage of overlapping translucent inks as well as the color of the paper. I'll show you some test prints next week. 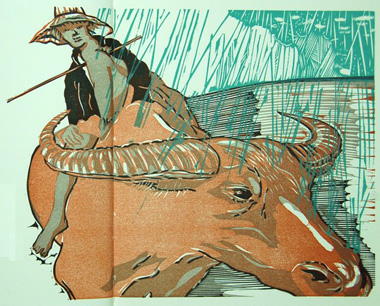 British printshop Old Stile Press defines their mission as "designing, printing by hand and publishing books in editions limited to between 100 and 250 copies. These involve texts, whether new or reprinted, together with suites of wood engravings, woodcuts, linocuts and other relief blocks made by the artist-printmakers with whom we collaborate."

The Old Stile web site is full of fun things to explore, including several pages of original prints for sale and a blog. 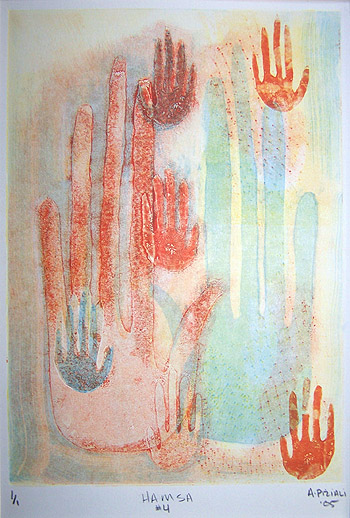 A couple of weeks ago Zea Mays Printmaking Studios hosted an open studio and I got to meet Aaron Piziali, an artist whose work I had noticed at an earlier exhibit in town. We exchanged contact info and decided to do a trade. I traded one of my "Everyone Everywhere Loves the Same Moon" prints for this combination woodblock and monotype print, "Hamasa #4."

Aaron says, "The print is called Hamsa, which is an important symbol and word in the middle eastern Region. It protects and brings peace. It predates Hebrew and Arabic, but is strongly rooted in the two. Many groups working for regional peace invoke it."

I love the flame-like quality of the hands and the colors. Thanks, Aaron 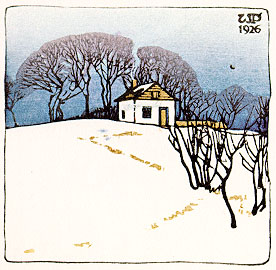 What I remember about last year at this time is that it was really difficult to get any woodblock work done. With family obligations for the Thanksgiving and Christmas holidays plus the flurry of end-of-the-year projects I usually get from my illustration clients, there was little time or energy to work on my own projects. Last year I found the lack of time very frustrating, but I'm hoping that now that I know I probably won't get much work done until the new year I can relax and enjoy the lull. (Yes, I'm a workaholic.)

Happy Thanksgiving to those of you who are celebrating it.

What's Going On In Darfur?

The ideal way to work on a project is to ask a question you don't know the answer to. (Francis Ford Coppola)

I'd like to do another map-based print, and Darfur came to mind as a troubled region that I might focus on. But first I need to educate myself. I don't know much about the situation in Darfur. I've heard about it often, mostly in bits and pieces, but I haven't taken the time to seek out information.

So today I did some preliminary research. I looked at aerial views of the region, including some views of burned villages. 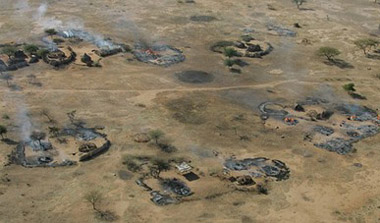 I also looked at photographs and read articles about the Janjaweed. The Janjaweed are the notoriously brutal unofficial militia that allegedly work for the government of Sudan. The Janjaweed raid Darfurian villages, often on horseback, setting huts ablaze, raping women, and killing the men and livestock. An article on Wikipedia states that the word Janjaweed "is an Arabicized version of Jangawee-, which stood for 'faith warriors' among the old Shia communitees of North Africa in the medieval times." That sounds like the concept of jihad, except that I think jihad is conducted against non-Muslims. In Sudan, Jangaweed and the Darfurians they kill are all Muslim. The difference between them seems to be that Janjaweed are Arab Muslim and the Darfurians are tribal African Muslims.

A satellite view of the land of Darfur itself is quite beautiful, as you can see below. This is Darfur at the border with Chad. 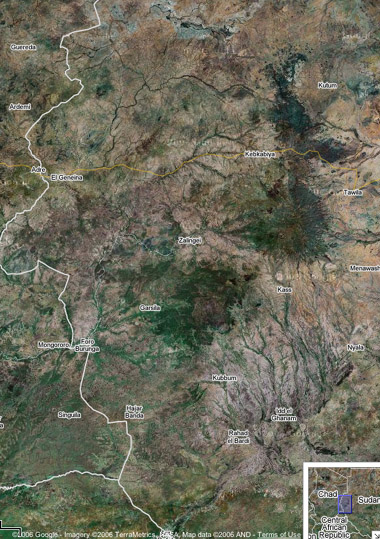 Please feel free to share with me anything you know about Darfur. Now through December 20, International Print Center New York is hosting a show of contemporary prints by Mexican artists called GRAPHIC REALITY: Mexican Printmaking Today. Shown above is a woodcut called Avarice by the curator of the show, Artemio Rodríguez. After IPCNY, the show will travel to Columbia College in Chicago where it will hang at the gallery of the Center for Book and Paper Arts. Dates of the Chicago exhibition are January 12th-February 24th, 2007. 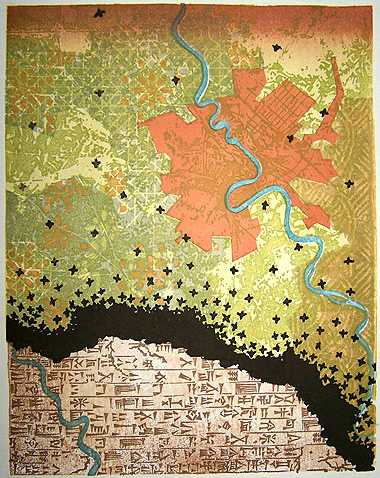 This print took two months from inception to completion. Twenty sheets of paper, each receiving 15 impressions = 300 times I put ink and damp paper on a block and rubbed it with my baren. Through each repetition, like a 300-bead rosary, my thoughts went to the people of Iraq, so many of whom are displaced and living in fear and chaos because of the policies of my government.

I offer this print as one small attempt to do/say something about this sad and unnnecessary situation.

**Added 7 Nov** Wow, thank you so much to everyone for your thoughtful comments and your support. It means a lot. 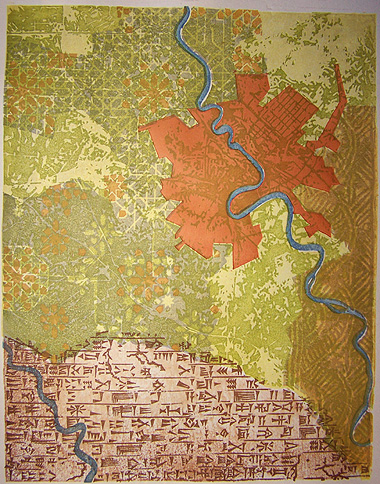 I had to stop printing for a couple of days so I could complete some illustration assignments. Balancing the flow of work and woodblock and life in general is a never ending challenge. I used to be very afraid to set the printing aside, worrying that the moisture in the paper would change too much and I'd never get the registration right when I started back up, or afraid that I'd lose the creative flow or lose interest in the print. I've discovered that none of that is true, though, and now I even feel that taking a breather in between printing sessions works to my advantage. It allows me to spend time looking at how each layer changes the whole composition and to really contemplate the next step.

Today I've added two layers: color for the rivers and an outline of modern-day urban Baghdad. One more layer to come. 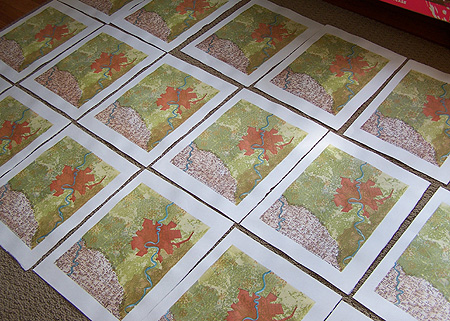