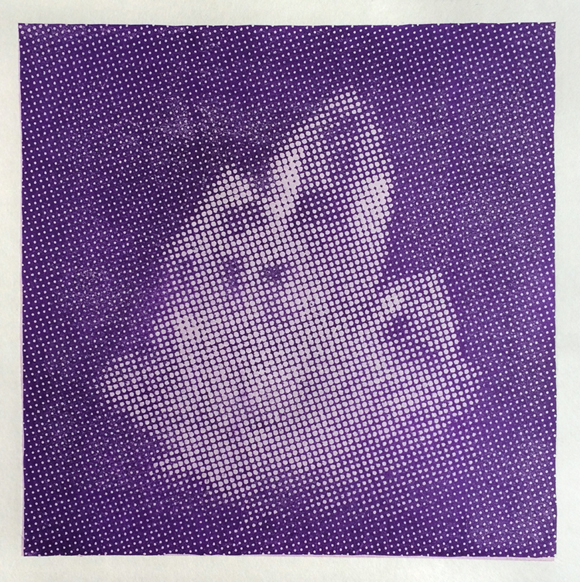 This is the seventh and final print in a series of halftone prints and scrolls (coming soon) called Relics which explores the often unacknowledged but inescapable religious past that underlies our 21st century secularity.

Crystal healing is a quasi-scientific practice that employs stones and crystals to create an energy field designed to promote healing of the body and/or spirit. While a number of cultures have historically used gemstones in this way, crystal healing in our time is most often associated with so-called New Age spirituality.

Although it's likely that any healing created by crystals is a placebo effect, quartz crystals do in fact exhibit a unique quality called piezoelectricity — electricity resulting from applied mechanical pressure — and are used in oscillators and circuit elements. It's easy to see why some people believe that quartz crystals vibrate with energy. And, placebo or not, one must admit that a flawless quartz crystal is pretty mesmerizing.
Posted by Annie B at 10:50 AM 2 comments: 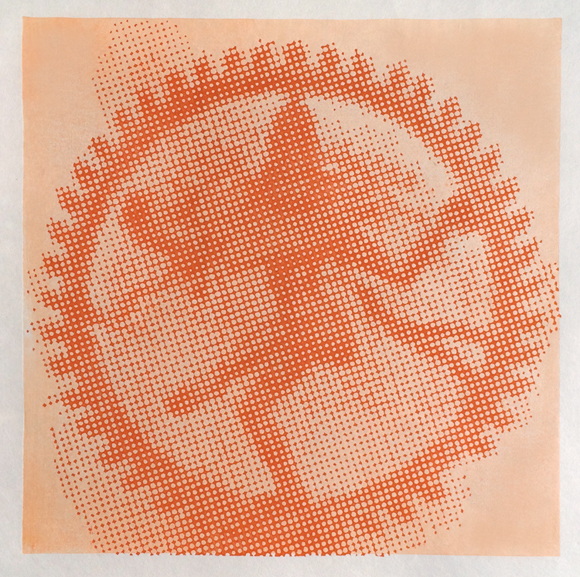 This is the sixth in a series of halftone prints and scrolls (coming soon) called Relics which explores the often unacknowledged but inescapable religious past that underlies our 21st century secularity.

If a single icon had to be chosen to represent the extraordinarily rich and complex cultural heritage of India, the Shiva Nataraja might well be the most remunerative candidate. It is such a brilliant iconographic invention that it comes as close to being a summation of the genius of the Indian people as any single icon can.  (Text from the Metropolitan Museum of Art )


The dancing form of Shiva, called Nataraja or Lord of the Dance, shows the Hindu deity Shiva in his form as the cosmic dancer, the source of all movement in the universe. The stylized gestures of the dance represent Shiva's five activities: creation, preservation, destruction, concealment, and revelation. Surrounded by a ring of flames that signifies the cosmos, Shiva dances away the world of illusion and ignorance and transforms it into enlightenment and eternal serenity.
Posted by Annie B at 1:09 PM No comments: 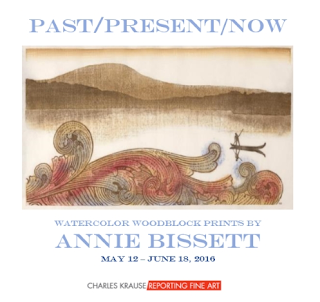 This past Thursday night (May 12, 2016) I was pleased to be able to travel to Washington DC for the opening of an exhibition of my work at Charles Krause Reporting Fine Art Gallery. The show is an overview, with pieces from several of my print series, including We Are Pilgrims, Loaded, I Was a 20th Century Lesbian, Borders and the new Almanack series.

Open Saturdays and Sundays, 1 - 6 pm, and weekdays by appointment.


Charles Krause’s gallery focuses on the art of protest, propaganda and political change, an interest which evolved over the course of his career as a foreign correspondent for The Washington Post, CBS News and The NewsHour with Jim Lehrer. On assignment in Latin America, Central Europe, Russia, Asia and the Middle East, he witnessed many of the wars and revolutions of his time. Read more about Charles's award-winning news career here. I'm proud to be showing in his gallery. 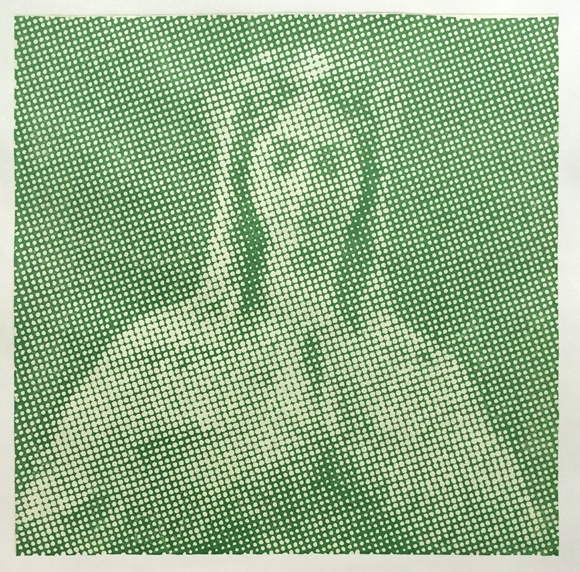 This is the fifth in a series of halftone prints called Relics which explore the often unacknowledged but inescapable religious past that underlies our 21st century secularity.

Mary, the mother of Jesus, has been venerated since early Christianity, although more so in Catholicism than Protestantism. In Catholic doctrine, Mary is considered pure, virginal, and without sin and is considered by millions of people to be the highest of all the saints. Protestants reject the veneration of saints, but consider Mary an exemplar of a holy life of devotion to God and most do believe in her purity if not her perpetual virginity. Mary also holds an exalted place in Islam and is the only woman named in the Quran.

This print is based on a photograph of an 18th century French plaster statue. http://www.fatiguedfrenchfinds.com/this-item-has-now-sold-french-19th-century-antique-polychrome-plaster-statue-of-the-virgin-mary--signed-728-p.asp
Posted by Annie B at 4:55 PM No comments: