A Labor of Biblical Proportions

As I've worked on this series of prints about the Pilgrims, I've been pretty compulsive about creating them in chronological order. The "next" print, if I were to do these in order, would be Vast Unpeopled Lands but I can't start that print for at least a week until my large pieces of shina plywood arrive. So I'm stepping out of order and starting work this week on a print with the working title "The First Book." It's a print about the Massachusett Indians, a missionary named John Eliot, and the first Bible printed in America. 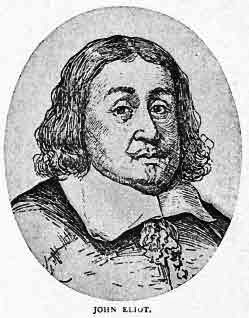 John Eliot was born in England in 1604 and came to Boston in 1631. Eliot was a fervent missionary who set his sights on the conversion of the Massachusett Indians. To help achieve this, Eliot dedicated himself to translating the Bible into the Algonquian language. At that time, Algonquin was considered to be one of the most difficult languages in the world. For ten years, sometimes spending 4 or 5 days in a row with the natives, Eliot worked with the assistance of John Sassamon, a member of a local tribe, whose ability to speak and write English proved invaluable. In 1659 the task of translating the Scriptures was completed, and the printing was completed in 1663.

The first block I'm carving is a facsimile of the opening page of Eliot's Bible, the Book of Genesis. The first book. Here is my carving of the drop cap that opens the text: 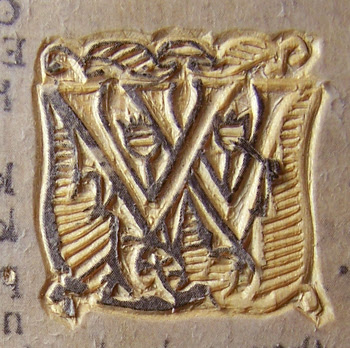 Hello from another woodblock printer, I just found your blog and am enjoying it. Betsy Bowen www.woodcut.com

This looks like a truly epic task Annie ... I've just spotted all the 17th century type you're going to cut - a labo(u)r of love for sure!

Betsy, how nice to meet you! Your work is beautiful.

Celia, good eye -- you saw my epic task. And thanks for correcting my spelling.