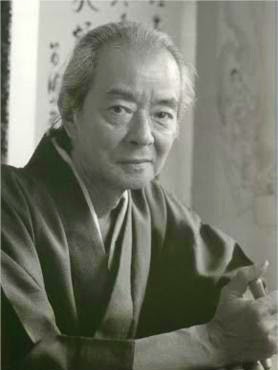 I just discovered that Toshi Yoshida, who wrote the book Japanese Printmaking that I reviewed in the last post, did a series of prints that he referred to as 'white line' prints in the 1960s. Although he was inspired by the Provincetown white line method, Toshi Yoshida's white line prints were actually multi-block facsimiles of Provincetown prints.

An article about Yoshida's white line series on the Hanga Gallery web site says "The traditional method of creating a white line print uses a single carved matrix block, which is hand-painted with multiple colors inside each of the outlined sections… Toshi's white line prints imitated the style of the earlier Provincetown prints, but they were printed using multiple blocks in large, unlimited editions."

The web page from a 2013 show of Toshi Yoshida's white line prints at Worcester Art Museum (Massachusetts) explains that some of the white lines were actually embossed using un-inked keyblocks.

Even though these aren't white line prints in the strict sense, I feel inspired by them in my pursuit of white line nirvana. 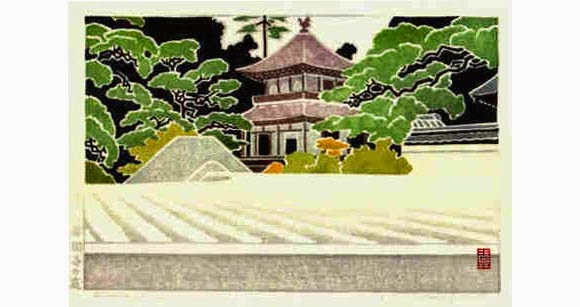 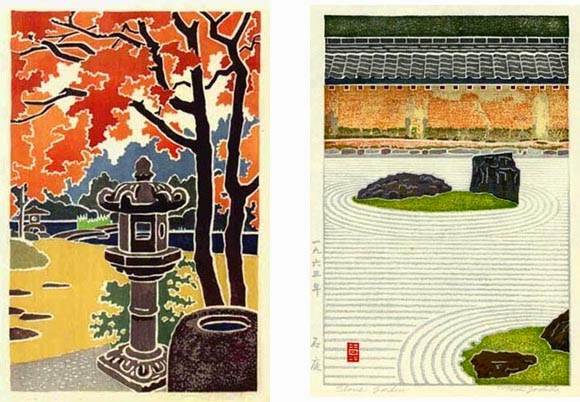 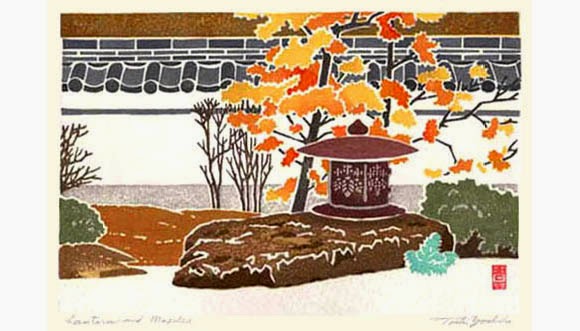 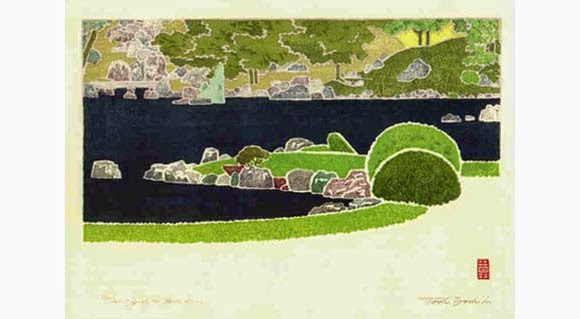 Gorgeous! Thanks for introducing me to this artist.

These are nice. Loved your workshop at Pyramid Atlantic. Am continuing at home. Maybe I'll try a white line woodcut next.

Hi Clare!
Nice to hear from you. I'm glad you're continuing with woodblock. Hope to see you again at Pyramid Atlantic sometime.
Annie

Thank you for these, Will have a go in the winter. I have done some large 'traditional' white line prints, which are great for very small runs, but I found exceedingly tedious for longer ones.
On one print that was looking too 'splodgy', I made a second black line block which worked quite well for that particular problem print. I made the black line very thin and the white line thick, so there was white showing on either side of the black line.

Keep up the good work on researching white line in all its forms.