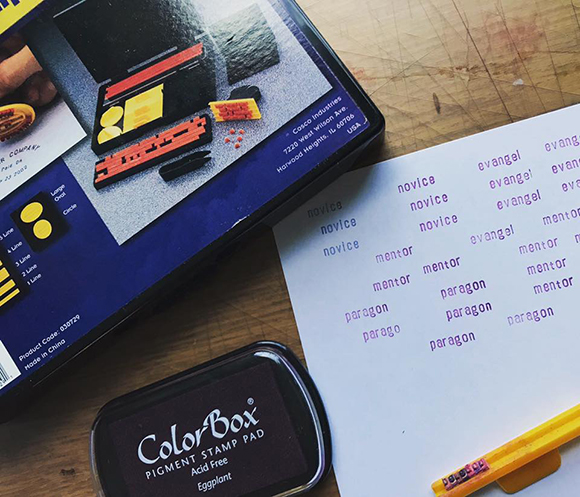 I’ve settled on names for the four character cards in each of the suits:

Although gender in the tarot is symbolic rather than literal, I’ve always wanted words for the People Cards that don’t immediately conjure a gender. I feel like the words I've selected are pretty neutral and they’re mostly words that don’t carry a lot of other baggage (for instance, I considered calling the Knight the Zealot, but the word zealot felt too loaded). Here is a brief description of each of the People Cards.

The Novices in each suit are young or inexperienced. They’re usually enthusiastic, childlike, excited about learning. They see the world with fresh eyes.

The Evangels are full of energy and are hands-on and headstrong. They have some experience under their belt, which they will promote and defend, but they can be wild and impetuous and prone to extremism.

Mentors are people who have developed a mature understanding of themselves, of others, and of the energies of their suits. They express these energies from the inside out, influencing others without imposing on them.

The Paragons are experts and leaders, having mastered their suits after years of study, dedication and practice. Paragons want to control the energies of their suits and make a mark in the world.

Now I have to figure out how to design these cards. Do I show people? Silhouettes? Not sure. I'd like to depict these people without depicting race, gender, or even personality, but take those things away and the depiction rapidly becomes cartoon-y. I have work to do!
Posted by Annie B at 8:09 PM