I can't get that Bradford quote out of my mind:

This is the only description he gives of the voyage, but it's so evocative even in its brevity. These people had not a clue where they were going except for the few accounts they had heard or read, most of which were romanticized published jounals by various explorers who had been to the Americas. The passengers were crammed into a very small space, so small that some of them slept in a boat called a shallop that they were carrying with them for explorations once they reached the new world. The seas were rough and many of the passengers suffered from sea sickness. It's quite certain that it was a miserable journey for the Mayflower Puritans.

This print will incorporate the Bradford quote. I used a lot of rice paste for this first impression so that my brush strokes would show. 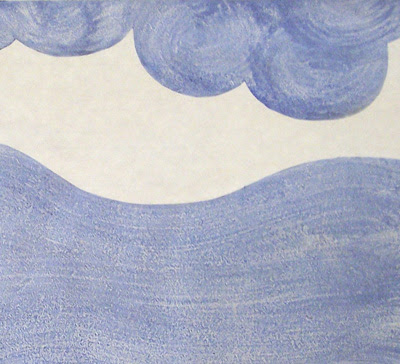