I've been waiting for some time to make a big long post about "Bridges," the SGCI Printmaking Conference that happened at the end of March in San Francisco, but it's become clear to me that no such time exists, so I'm going to do some short piecemeal posts.

The conference hotel was the Hyatt Regency, Embarcadero, and it's such a distinctive building that I'm going to give the hotel its own post. I roomed there as well, and enjoyed the amenities a lot (though my credit card bill still hasn't arrived). 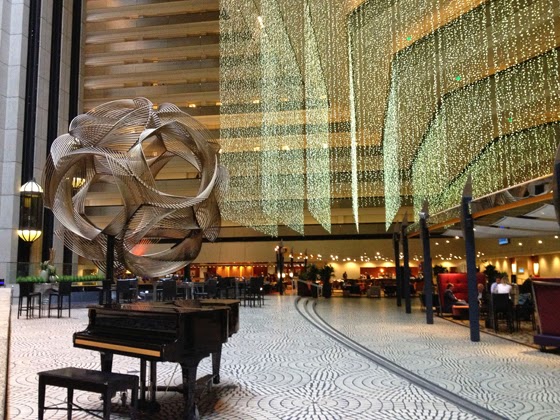 The hotel lobby is like a movie set, which isn't surprising because the architect, John Portman, has said that the design was influenced by the 1935 science fiction film Things to Come. Also not surprising for the same reason is that the lobby has been used to shoot other films, most notably Towering Inferno and High Anxiety. 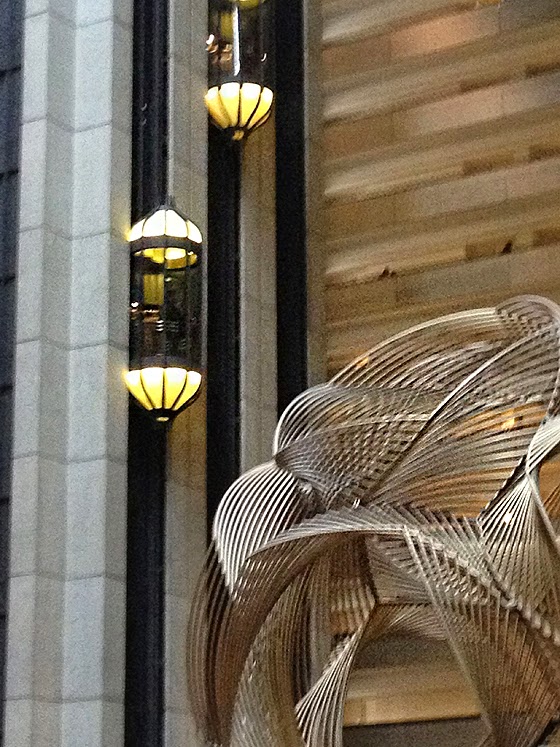 Some people reported high anxiety around the speedy glass elevators, but I loved those elevators and rode up and down to my room on the 14th floor as often as possible. 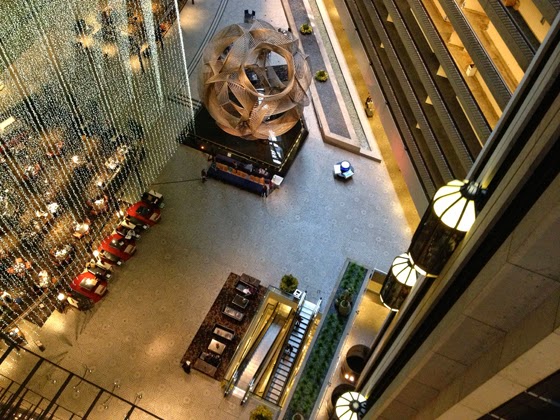 Above is a view of the lobby from the 14th floor. 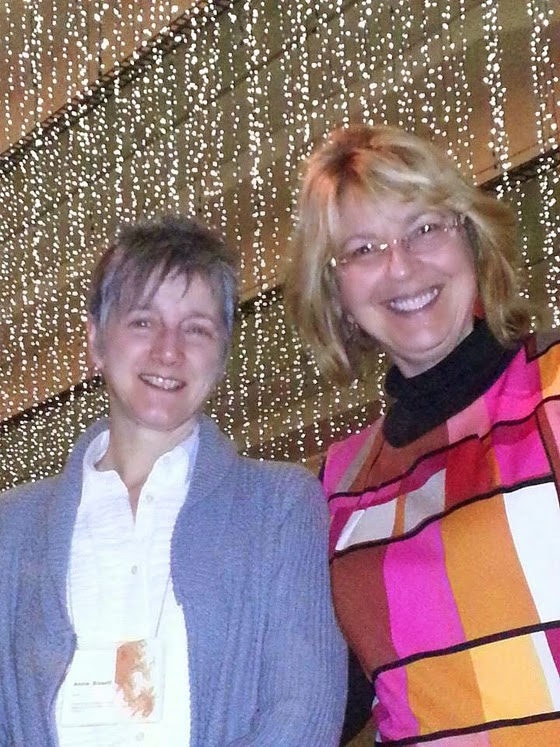 I was delighted to meet up with my college roommate Mary on my first evening in San Francisco. We hadn't seen each other for over 30 years. At the time this photo was taken, I had been awake for about 21 hours. Kind of like being drunk, but without the alcohol. It was fun.

I'll show you some actual art in the next post.
Posted by Annie B at 6:48 PM