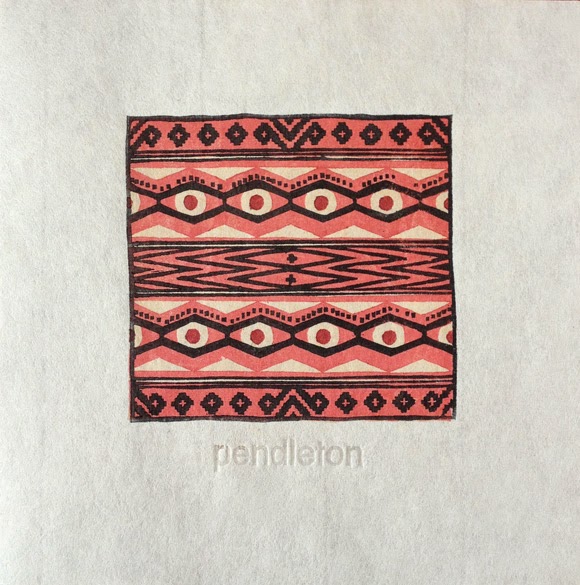 Pendleton is an "SI-ECI compartment related to the BULLRUN program." I know, I have no idea what that means either but, fortunately, the Snowden documents have been out there long enough that you can look this stuff up on the internet. Wikipedia defines Bullrun as a clandestine, highly classified decryption program, citing a document that claims that "vast amounts of encrypted Internet data which have up till now been discarded are now exploitable."

Camp Pendleton is the name of a marine corps base in California, so maybe that's where this name came from, but Pendleton is also the name of a textile company in Portland, Oregon, and I found richer material there. In the late 1800s, the Pendleton mill made geometric patterned blankets for Native Americans in the area—the Umatilla, Cayuse and Walla Walla tribes—and later for the Navajo, Hopi, and Zuni peoples of the American Southwest. Pendleton blankets were sold as basic wearing apparel for the Indians and were also standards of trading and ceremonial use.

What do Pendleton Indian blankets have to do with encryption and decryption? Nothing, except for their association with the Navajo people, who among many other things are famous for their role during WWII as code talkers. Although occasionally their own soldiers mistook the Navajo code talkers for Japanese soldiers and shot them, the code talkers had a large role in the Allied success in the Pacific by creating a code from their own language that the enemy was unable to decrypt .
Posted by Annie B at 11:47 AM

nice chain of thought - from the ridiculous to the sublime! I'm a big fan of Navaho design. Nice print.

Thank you, Bill! Before I made this print I didn't know that Pendleton made those blankets especially for the Native Americans. I always thought that they had kind of ripped off the designs. Things are always more complicated than I can imagine.

Beautiful print, Annie. I recognized the Pendleton blanket even before I saw the name - but then, Pendleton is ubiquitous around here.