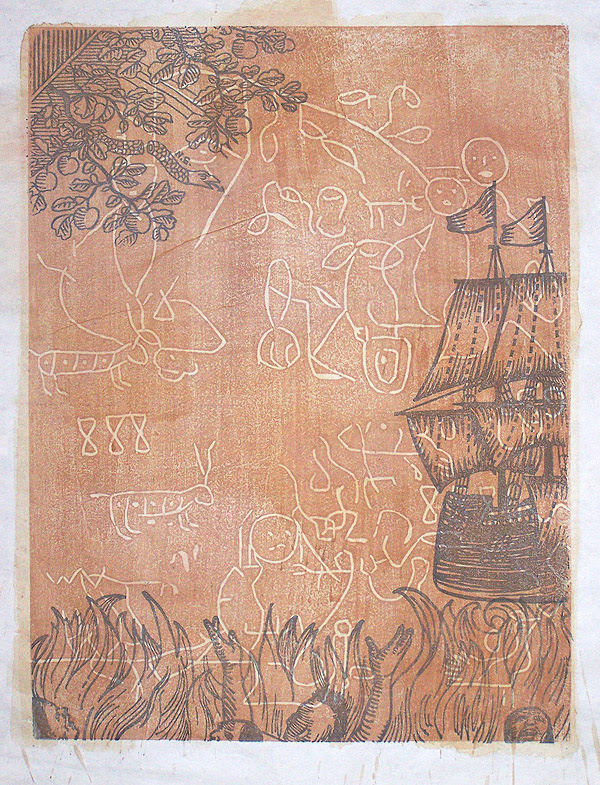 As American Evangelicals still believe today, the 17th century English Puritans believed that there could be only one true religion and that all others, including Indian religions, were false. Some Europeans questioned whether Indians had any religion at all, but most of those who observed the natives first hand acknowledged, "all feare some God, some God they worship all" (William Morrell). Many writers believed that the Indians were descended from the Lost Tribes of Israel, so they searched for traces of Biblical knowledge in Indian consciousness. They were convinced that it was "meerly through ignorance of God and Christ" that the Indians ran headlong "into distruccion and perpetuall damnation" (John Rolfe) and that all the Indians needed was to see examples of Christianity to draw them from their paganism.

Indians were indeed intrigued with Christianity, and a number of them converted, but not always in the ways that the missionaries hoped. For the most part, America's natives maintained control of their own Christianity, appropriating Christian doctrine and ritual and integrating it into their own ways of worship and ordaining their own clergy.

I printed the tree, the ship, and the Indian hellfire block separately, using acetate to mask unwanted areas such as the right hand portion of the ship.

The last thing left to do is print the Bible text.
Posted by Annie B at 8:57 PM

Annie, I always love all the symbolism and thoughtfulness behind your prints!

Though I don't comment often, Annie, I always enjoy the journey your prints take, from initial concept to completion. This one is, as the others, very well done!

Thanks for visiting my blog, and for the lovely compliments - though my spelling isn't always up to par! I enjoyed looking through your blog: your printing journey is fascinating!

Japanese papers are wonderful, everything about them, really. I use them at work all the time - we usually order from Hiromi Paper.

It's really interesting to watch this progress -- i like your innovation of using the stencil mask to print parts of other block.