I've been wanting to try white line printing for a long time now, but I've never quite found the right project. A white line print is a print made with a single block, where the outlines of the drawing are carved with a knife or narrow chisel and then watercolors are applied and printed one by one. The method was developed in Provincetown Mass during the early 20th century and is best exemplified by the artist Blanche Lazzell.

My white line print is not quite like Blanche Lazelle's work, I'm afraid. Rather than beginning with a drawing, I've begun with a grid. Just a personality thing, I guess. I work best with structure. 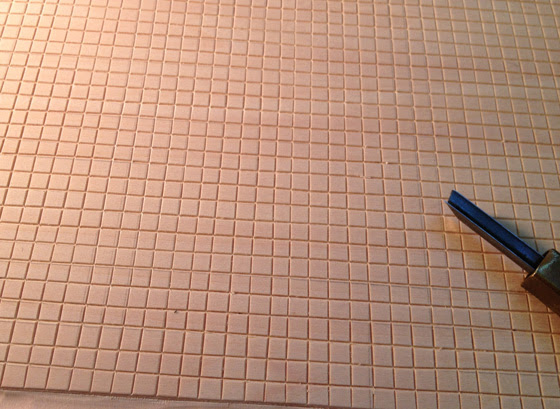 Once I had my grid, I carved away all of the squares that I wanted to remain white and I printed with the palest of blues. On the soft damp Echizen Kozo paper that I'm using, the grid made a beautiful emboss. I almost wanted to stop right there. 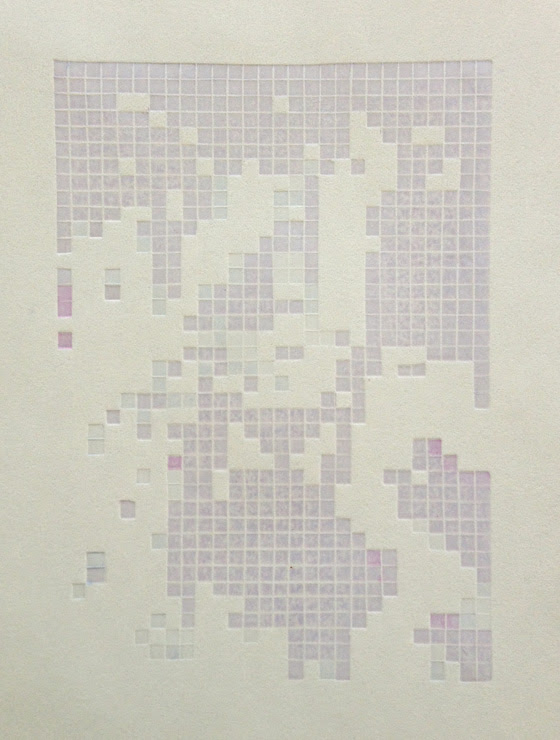 But I continued. I carved away a few squares and printed again, and did the same thing a third time. Then some selective inking with some pink. 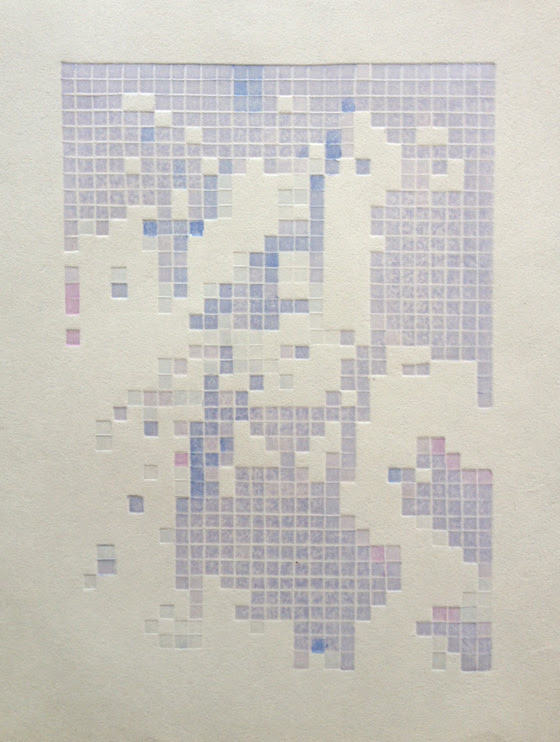 I'll tell you next time where I think I'm going with this.
Posted by Annie B at 9:26 AM

Did you do any prints without inking, just embossed of the complete grid?

I love finding un-inked embossing in Japanese prints. I have one my Hirosada with a white rabbit with amazing embossed fur.

I didn't do any plain emboss prints in this run, but as soon as I saw the lovely emboss on the first pass a whole world of possibilities definitely passed through my mind!