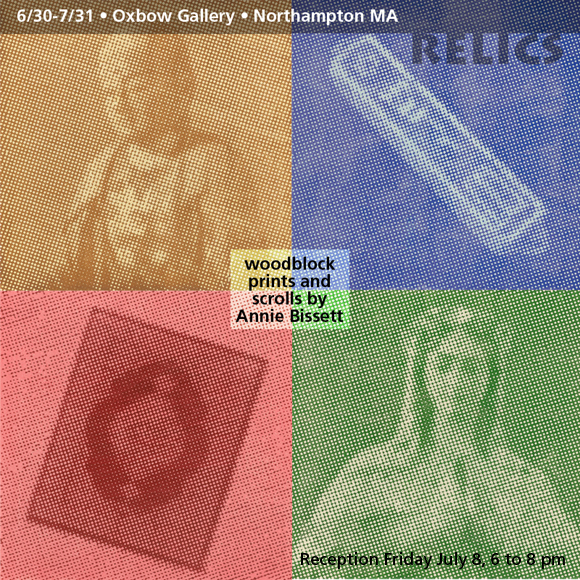 My apologies for the long silence here on my blog. At the end of 2015 I applied to become a member of Oxbow Gallery, an artist-owned and -operated gallery here in my hometown of Northampton, Massachusetts, and I was accepted and put on a waiting list. At the beginning of April I got a call letting me know that there was an opening and that I was up next on the waiting list. As it turned out, the opening also meant that the large front room gallery (approximately 450 square feet) was available for the month of July and I could have a solo show there. I jumped at the chance, but had to immediately shift into high gear in order to get enough work done to fill the space, so no blogging…

I knew I wanted to show the Relics halftone prints I was working on, but at the time of the phone call I had completed only two of the seven I had planned. I also had a list of 15 or so platitudes that I wanted to print along with the halftones -- common American platitudes that could be construed to have religious or philosophical meanings (phrases like "what goes around comes around"). I realized that I would have to work in some new ways in order to get it all done in three months, so I decided to finish the halftones as planned and then do the text pieces as one-of-a-kind mixed media pieces mounted as scrolls.

There was no way to speed up the halftones, so I worked long hours and finished the last of those on May 20, giving me just about 4 weeks to make ten scrolls. I'll show you the scrolls in some subsequent posts, but below are a couple of installation shots. The show will be up until the end of July, so I hope if you're in the area you'll stop in. And let me know if you come to town -- I'd love to see you! 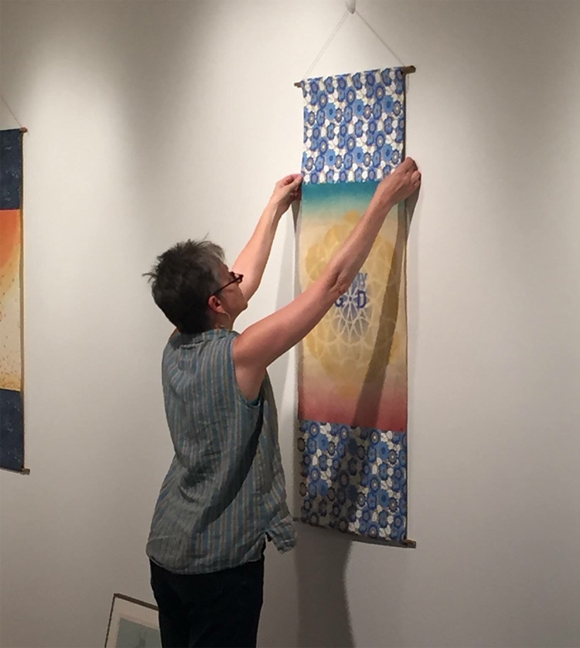 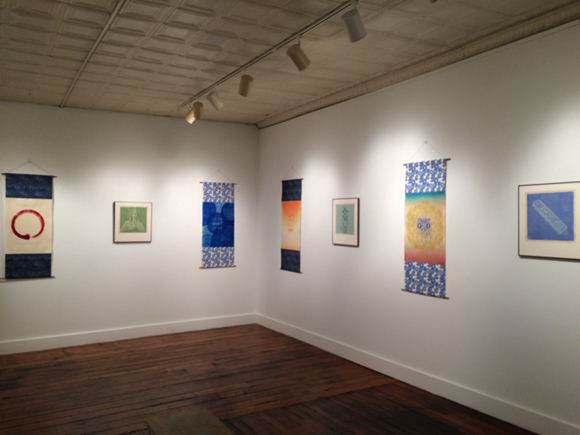 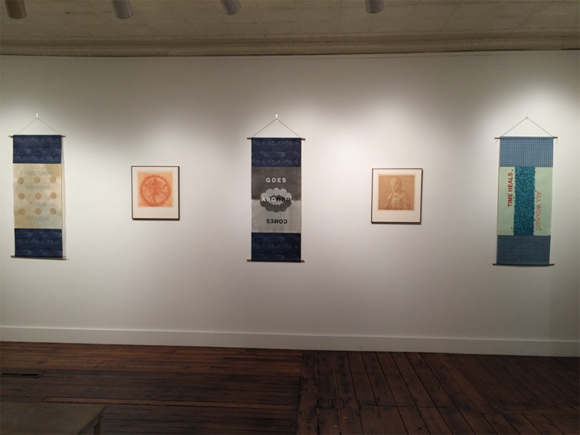 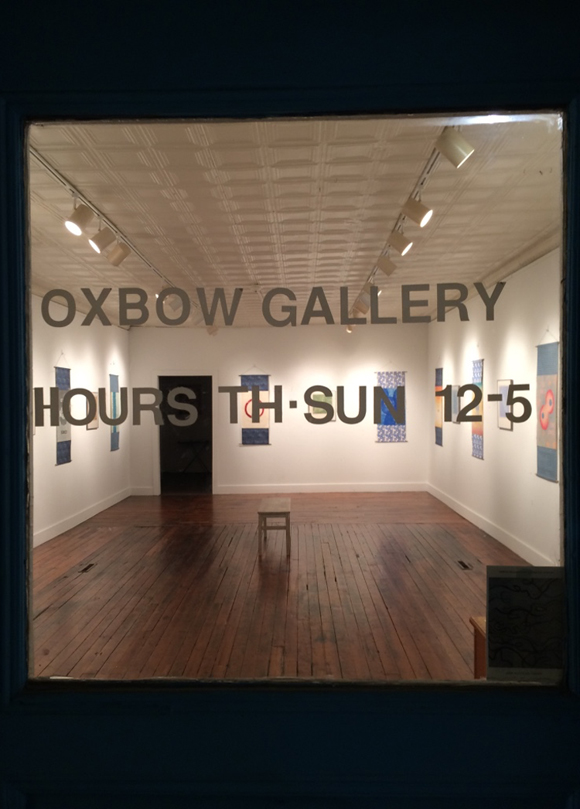 It looks absolutely stunning - and well worth all that hard work! I hope that you enjoy the exhibition's run, and that the relationship with the gallery continues to work out well. What a pity I don't still live in Hollis NH, but have long been back in the UK! Hey ho.

Thanks Olga. I wish you were closer too!