Climbing Out of Sleep 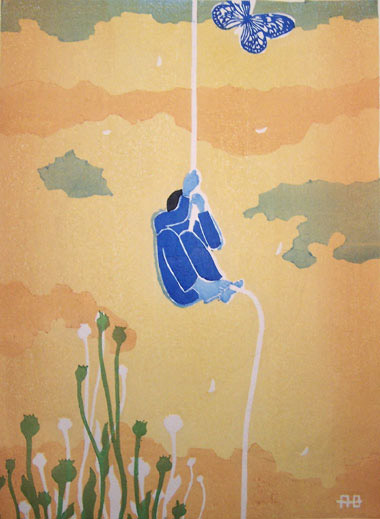 Here's the final print. It's called "Climbing Out of Sleep (Self-Effort)." This is actually the second in the series, although I printed it first. The first is waiting in the wings. Here are the process steps on the second block: 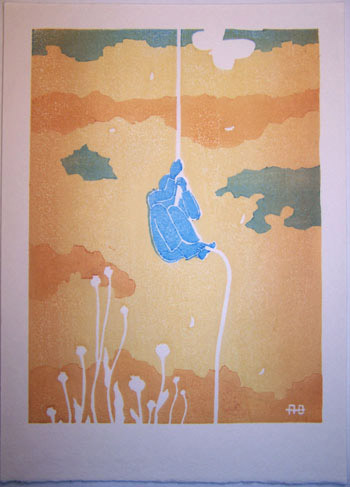 First, a light blue on the figure. 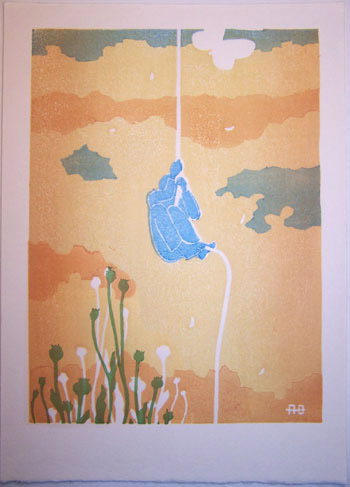 Then a green for the overprint of the poppies. 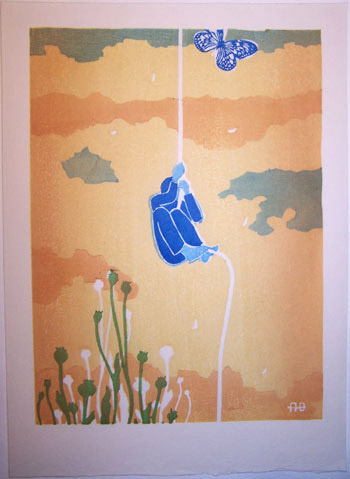 Then dark blue after carving away the hands and feet of the figure. I was afraid that the butterfly would be hard to print, that the shallow cuts would fill up too much with pigment, but with a nice light touch of the baren it was very easy. Next I added black to the figure's hair and the print was finished. Three days to print 24 sheets. (The edition will be smaller once I pull out the bad ones.)

Thanks for watching the process!
Posted by Annie B at 10:41 AM

Hi Annie,
This is fantastic! I really enjoyed watching the process from start to finish. What a treat. I had questions earlier that I didn't ask because they were too dumb but the final print answered them all. (And proved me right- they WERE dumb :-)

I like this print and you have inspired me to try Moku Hanga someday!

Hi Annie,
Now that I am commenting, I think it was someone else's blog that I had the trouble with. We'll see if this goes through. And BTW, just in case of unexpected success, your print is lovely. You are definitely designed for hanga!